A review of “Sail on, o Ship of State”

Sail on, o Ship of State is a compilation of short essays about the nation-state – its past, present, and future. Written by 13 experts and topped with a preface by Michael Gove it represents, as a whole, a strong defence of the nation-state in the face of globalisation.

The book gets its pro-nation-state slant from the majority of contributions which come from ardent believers in national independence and autonomy; a school of thought known in International Relations circles as “Realism”. The contrary view, that of the Liberal (and the Cosmopolitan) traditions is comparatively under-represented. This makes for a somewhat lop-sided view of the nation-state in the 21st century.

For Realism, globalisation poses a dilemma because it brings nations ever-closer together. As firm believers in independent, competing nation-states, Realists see any further evolution towards the global as suspicious because it implies cooperation and what they see as a lessening of national independence and autonomy. Cosmopolitans, on the other hand, believe that in our increasingly interconnected world, in which we face common threats like climate change, forms of global cooperation and governance are both desirable and necessary.

Being skewed towards the Realist view, the book risks misrepresenting the position of many Cosmopolitans by suggesting they believe nation-states will (or should) disappear. Right on the front cover, the book declares that “The nation state has refused to shuffle off the stage of history”. But is that really what Cosmopolitans are suggesting? END_OF_DOCUMENT_TOKEN_TO_BE_REPLACED 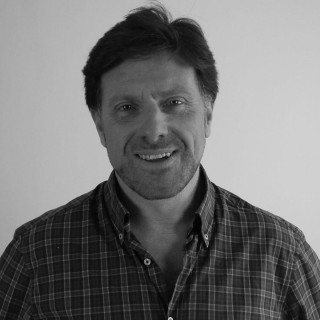 John Bunzl is a businessman, campaigner and writer with a simple yet powerful vision for global change – and a means of achieving it. For over 13 years John has lead the Simultaneous Policy (Simpol), a global citizens campaign to revolutionise the way we use politics to solve the biggest global challenges we face. As a thought leader and writer John is dedicated to transcending the opposites that keep us divided - cooperation and competition, masculine and feminine, national and global - and working together to bring about the harmonious, prosperous future we aspire to.